Special Diets for Children with Autism 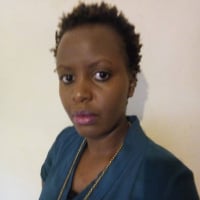 Various studies have proven that the food we eat can affect not only our bodies, but also  our mood, behavior, and mental growth and  development.For children with autism, there are certain diets that may help reduce symptoms and even improve overall functioning: GlutenFree and CaseinFree Diet Gluten is a protein found in the seeds of wheat and grains such as barley and rye.  It can be found in many products and is known to cause digestive problems in some people. Casein, on the other hand, is a type of protein present in dairy products. Like gluten, it can cause digestive issues.

Diet Rich in Omega3 Fatty Acids Omega3 fatty acids, which are found in fish oils as well as in supplement form, has been touted to help with brain development and function. The journal BiologicalPsychiatry revealed  that based on previous studies, adding omega3 fatty acids to a child’s diet can help minimize hyperactive and  repetitive behavior, especially among those withASD.  Other studies suggest that omega3  fatty acids can also help boost a child’s learning and social skills. However, there are also studies that argue  against the inclusion of omega3 fatty acids  intothe diet of children with ASD.  As such, before you give this diet a try, it would be wise toconsult a doctor or a professional dietitian to help decide what is right for your child.

• Feingold Diet The Feingold Diet is a type of diet in which  salicylate and artificial additives, such as synthetic colorings, flavorings, and  preservatives, are removed from one’s diet.  It is basedon the idea that some additives are harmful to our health. Salicylate, which is  a naturalplant toxin found in certain kinds of  foods like citrus fruits and medicine like  aspirin, isbelieved to have a similar effect as artificial additives. Research on the effectiveness of the  Feingold Diet is still underway.

• YeastFree Diet A yeastfree diet consists of removing  fermented foods, such as vinegar, barley  malt,chocolate, and soy sauce, from the  daily food intake of children with autism. It is based onthe idea that yeast Candida  albicans, which are present in our intestinal  tract and mouth,can amplify the symptoms  of autism. By refraining from eating food with high yeastcontent, children on the spectrum can better cope with or even reduce the  symptoms of autism.