PETITION ON NOMINATIONS TO COUNTY ASSEMBLIES IS ON ONGOING 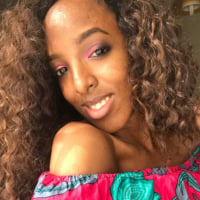 A petition on Nominations to county assemblies is ongoing, it has been a concern to us as PWDs on the lack of representation during the IEBC electoral exercise this year. 22 counties were excluded from the exercise, Other 17 counties are, Isiolo, Marsabit, Taita Taveta, Wajir, Tharaka Nithi, Machakos, Makueni, Turkana, West Pokot, Trans Nzoia, West Pokot, Uasin Gishu, Baringo, Narok, Kericho, Bungoma, Nyamira and Nairobi.

On June 3, 2022, IEBC published a gazette notice to guide and prepare political party lists and 79 parties submitted the list of which none was in compliant. The electoral body sent the parties back to the drawing board.

Of the eight nominees, two were expected to be PWDs and two from minorities respectively, the rest were women and youth. For instance, in Laikipia, United Democratic Alliance, Orange Democratic Movement and Jubilee had submitted their preferred PWDs candidates for nomination.

Laikipia which is among the 21 counties of Kwale, Kilifi and Meru and alleged to lack a PWD nominee in the recent IEBC list, have vowed to block the MCAs’ elect swearing-in ceremony slated for September 23, until their nomination grievances are addressed.

It has been a pattern that we must discontinue and Constitutional Rights filed by The Kenya Human Rights Commission, The United Disabled Persons of Kenya, Crown trust, Action Network for the disabled and The Consortium of Persons with disability of Kenya have expressed and come together to ensure that our rights are fought for because most constitutional rights have been violated.

The document also states the intentions are to seek redress for the infringed rights. This is a big move and a promising act that can bring change to our society. I'm urging all pwds to be a part of this and let's join in on making this happen.